Student Report: I just got back from Greece, and what a trip!

Teng Yang is a candidate in Weatherhead's MBA program.

What a trip! I just got back from a 10-day trip to Greece last Monday night, for the International Institutes Class taught by professor Michael Goldberg. I participated in the class last semester in Strasbourg, France, and enjoyed it so much I decided to do it again.

Greek people were very friendly and welcoming. I was surprised that the people we met were so cheerful given the economic hardship the country is going though. The stereotype of ‘lazy Greek” is simply not true. The people we meet were hard working and entrepreneurial. Tourism, agriculture and shipping are some of the primary economic drivers in Greece.

Politically, the modern Hellenic Republic (Greece) was formed in 1830 as a result of a revolutionary war with the Ottoman empire. Before its independence, Greece was occupied by numerous other empires, which left a rich mix of cultural heritage. One thing in particular that is reflected in today’s Athens is that the city is built on top of ancient ruins. Modern department stores have glass floors peering into archaeological excavations of ancient Athens. You can go down some unmarked stair well and come across the remains of ancient fortifications. Strolling through Athens’ city center, you’ll find roman bath houses, Athenian markets and Ottoman churches. And there is the always present Acropolis, which is lit up brilliantly by spot lights.

During our stay in Athens, we visited local businesses, both well established and new startups, and learned about their challenges and difficulties. We also visited companies and attended lectures. As part of a consulting project, we were paired with a local startup company trying to grow its business. The consulting project was a unique opportunity to experience Greece’s economic environment first hand. Overall the trip was educational and eye opening. 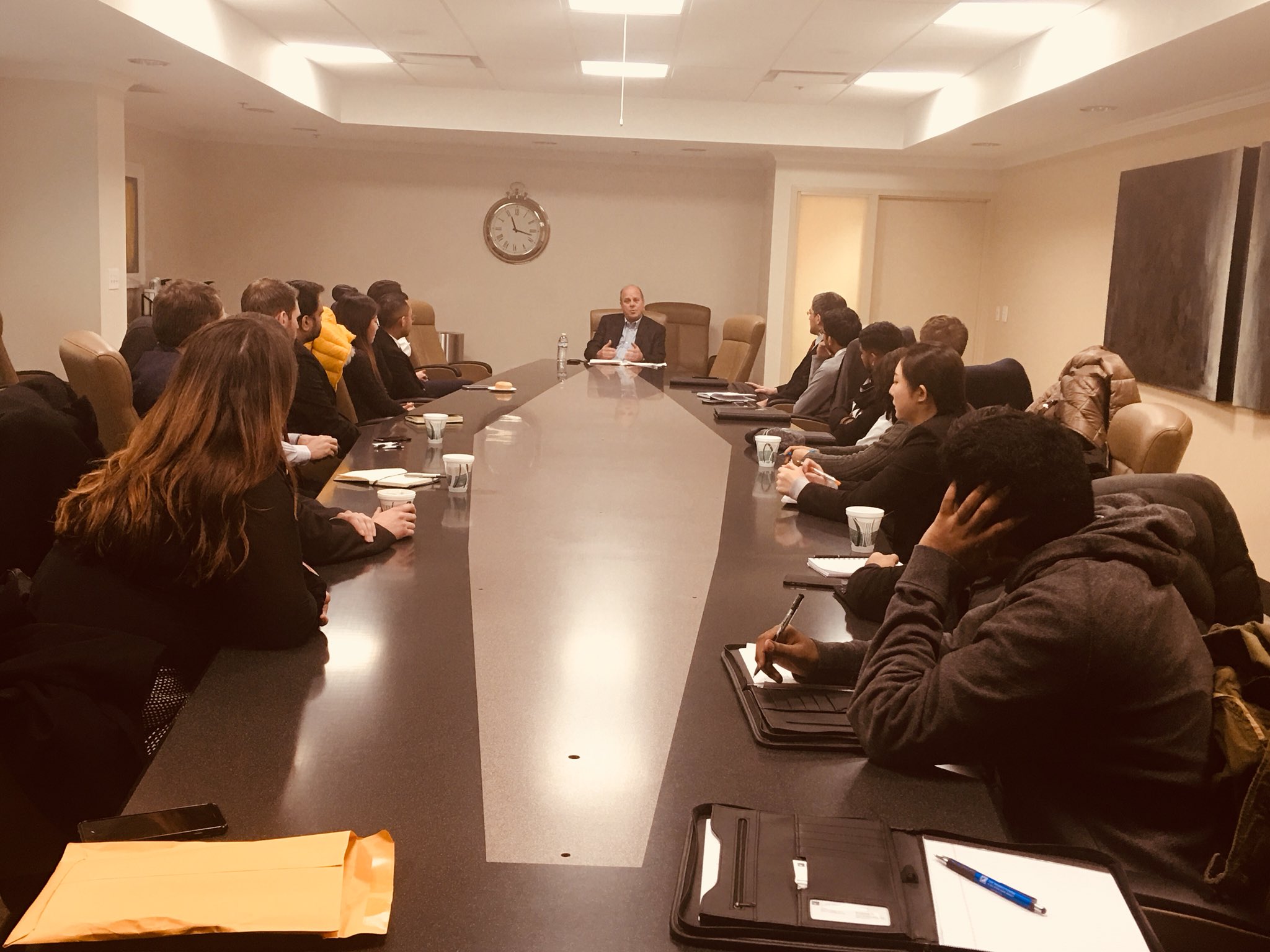 Career Management Office recently hosted a Healthcare Trek on February 9. The day began with breakfast and networking at the Cleveland Clinic including a presentation from Distance Health. Then students went to University Hospitals for conversation with UH CFO Michael Szubski and lunch and discussion with the Department of Operational Effectiveness. The day ended at MetroHealth speaking with Julie Jacono, director of strategy & business development, and a networking reception with Weatherhead alumni. It was a very productive day with a wide variety of topics including:

Harsh Ranjan, MBA ’19 Candidate, gave his thoughts on the trek:

Provide an overview of your day/experience:

Being an international student, I had very little knowledge about the American Healthcare system, but by the end of the day, I had a newfound respect for the industry and professionals. It is amazing to get an insight of how they are striving to come up with innovative ways to serve people in need while adhering to the stringent laws and policies governing the industry, which can often be a hindrance when trying out something new.

What was the highlight of the healthcare trek for you?

It was interesting to know how all of the three hospitals we visited were in a fierce competition with one another, highlighting the highly competitive nature of this industry. Additionally, we were exposed to how each one of them is developing unique solutions to differentiate themselves by targeting various population segments and providing customized services appealing to their respective market audience.

How did the trek impact your career interests/goals?

Our MBA courses at Weatherhead have taught us various strategies/concepts along with the use of analytical tools which can be useful for each of the three hospitals we visited. The trek has made me confident that I can contribute to this industry and has definitely highlighted the healthcare industry as an interesting career option.

Why should a student consider participating in a trek?

The healthcare system is one of the biggest industries in the country. This trek taps into Weatherhead's close proximity to three major institutions to give you the inside scoop and the opportunity to connect with the upper echelons of the industry, which can lead to future career/internship opportunities. Even if you don't have an interest in healthcare, I would recommend participating since it will enlighten you with hidden facts and figures that will change your perspective of the healthcare industry for sure!

Weatherhead's Career Management Office hosted the annual International Alumni Panel and Luncheon on February 3, 2018. This event features alumni who share their past experiences and how they landed positions in the United States. We had an outstanding response with 25 alumni coming back to campus to share their stories. This event has proven to be an effective way to get first-hand knowledge on the career search as an international student.

International Alumni Panel & Luncheon is always hosted at the beginning of the Spring semester. We highly recommend that you attend next year and every future opportunity that involves alumni. Remember to frequently check CareerLink to see what Workshops and Information Sessions will be happening next.

WSOM graduate students shared their thoughts on the event:

1.  Describe the best insight(s) you received from alumni?

“I attended the alumni panel and met with the ORSC alumni such as Gloria, ShaSha and Lu Liu. The best insights I received from them include networking and being communicative with people around. As international students, we tend to stay in our comfort zone only hanging out with friends that we know. They told me that it is not just enough to find opportunities for a career or advance in careers and receiving recommendations on LinkedIn helps. As a Business Analytics student, I also asked for some analytics advice from Robert Chen from MTD. He said SQL and R are very powerful and widely used tools that we all should be proficient in. As I will be starting my internship at the Cleveland Clinic Business Intelligence department, I was advised by Amy Chen, MBA, from the Cleveland Clinic, that I should also look at my future goals before considering a H1B sponsorship from a company or organization. Especially, we should make sure that we fit in with the company's culture or if there is a possibility to grow within the organization.”  Su Latt, MSM-Business Analytics Candidate 2018

“I learned things such as… the right way to reach to alumni, how to handle behavioral interviews, follow-up email matters, and that it’s important to understand/know the company/profile you are applying for.” Mohan Kantamaneni, MBA Candidate 2018

“The best insight I received was to always remain in a positive attitude during the job search.” Yifei Xu, MSM-Finance Candidate 2019

2. What was your favorite part of the event?

“My favorite part was the ORSC Alumni Panel, where all the alumni seem to agree on all core skills such as great interpersonal communication, being a team player, presentation skills, networking, analytics skills and problem solving.” Su Latt, MSM-Business Analytics Candidate 2018

“I really enjoyed having the ability to talk to alumni face-to-face.” Yifei Xu, MSM-Finance Candidate 2019

3. Would you recommend the event to other students?

“I would definitely recommend this event to other students—not only international but also domestic students. These alumni gave us great points on the success not only in searching for a job but also in the workplace and possible promotion opportunities. Especially if we know we are interested in a particular company, it is a great opportunity to network with someone who went through the same process that we will be going through. It's always refreshing to hear from someone from the company or organization that you are interested in because they know the company internally.” Su Latt, MSM-Business Analytics Candidate 2018