Lauren De Camara is a candidate in Weatherhead's MBA program.

I love people watching (no, not in a creepy way). I find observing others fascinating- what or how they choose to do things, how they interact with one another, their display of unique mannerisms. What makes them tick?

I sat in my local Starbucks last week, taking brief casual glances around the shop as I sipped my coffee and hacked away at a term paper. I watched as an elderly gentleman slowly entered the store and made his way up to the register. His cane was held tightly in his weathered hand, steadying his awkward gate as he took shallow footsteps. He retrieved his breakfast and coffee then ventured to a nearby table. Slowly sinking into his chair, he placed his cane a top the wooden surface in front of him and began to rummage through the paper bag that contained his meal.

He was elderly and alone. Surely, he was lonely. Sad. Adrift.

I continued to observe the stranger who sat before me, puzzled as to why I was so drawn to him. After all, he was a typical old man showing no remarkable behaviors or appearance.

He sat slouched over and slowly consumed his bagel, using his index finger to collect the crumbs that his nibbles had left behind. Every so often he would look up and out the large window in front of him, the vibrant fall foliage reflected in his blue eyes as other patrons bustled around him.

Then it occurred to me why I was so fascinated by this seemingly run-of-the-mill man.

Words were not spoken, music was not played, text was not written, pages were not scrolled. He was not distracted.

Nearly everyone who surrounded him was entranced with their respective devices, oblivious to their environment. This man was not sad or lonely or adrift. He was merely sitting and reflecting as he enjoyed a quiet breakfast. Independent, reflective, calm, content.

There is so much that demands our attention each day and it is rare when one is observed without the accompaniment of technology. There is almost always a computer, phone, or device in hand in the name of getting an assignment accomplished or as a means of entertainment. We are surrounded and too often consumed by it.

This total stranger had grown up in a much simpler time when life was no doubt much slower and ‘noise’ was not as abundant. He is a wonderful reminder that life is not all gadgets, media, and gizmos and is an embodiment the beauty of mindfulness and simplicity.

So, remember to stop, eat your bagel and drink your coffee in total peace once in a while. So much more life occurs off of the screens that we are all so fixated upon.

The last semester has flown by and it is now time to stop thinking about assignments and finals. Step back and think about the reason you chose to continue your education. Maybe you wanted to switch careers or get more business knowledge. Whatever the reason, the degree you are pursuing will only open doors if you put the time in to networking.

Winter break is the perfect time to reinvigorate or jumpstart (again) your career strategy. Now is the time to set 1-2 goals a week around networking. Opportunities do not just appear, they are established via networking. Write that email to a college friend working at one of your target companies and invite him or her to connect in person or via phone. Start making a list of alumni you want to reach out to and ask to take them to coffee to learn more about their roles/backgrounds. Spur the conversation and see where it goes. If you plan on going out of town, identify companies based in that city and reach out to professionals in roles interesting to you. If you can connect with an alum or friend, do so, but do not be afraid to contact a stranger. Let them know that you are in town on holiday and would enjoy meeting them for coffee to learn about their role. Wherever you are during the winter break, find and attend at least one networking event or a holiday party as informal networking opportunities.

This is the season to give back. Volunteer at the Greater Cleveland Food Bank or another organization. If you have the time, make an ongoing commitment throughout the year to volunteer. This will broaden your connections in the city. Networking is not easy for everyone, especially when it feels forced. Volunteering allows you to connect with someone passionate about the same cause while also strengthening your network. The people you meet may not be offering you a job but they are opening your network to others you may have never met. Fast Company recently posted an article about volunteer work for purposeful networking. It is a quick and good read – found here.

Sample Mini-Goals:
• Set 1-2 networking goals a week
• Find a networking event to attend
• Volunteer at a nonprofit organization
No comments:

Hello, again, Weatherhead community! As students here approach finals week, I thought I would use this precious blog post space to help people get excited about the holiday season in Cleveland and to take time to remember what is so special about our time here at Weatherhead.

Below you will find responses from some of my favorite Weatherhead faculty, staff, current students and alumni friends detailing what they love most about the holiday season, or what they are looking forward to most this winter break, and what about being a part of the Weatherhead community they are most grateful for this year. Hopefully, this will inspire you to power through finals and get to the fun of winter break! 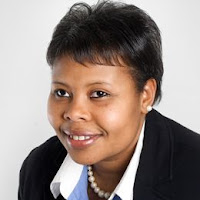 Deborah Bibb, Assistant Dean of Admissions
Favorite thing about the Holiday Season: Hanging out with my nieces and nephews and doing whatever they want to do
Gratitude for Weatherhead: The opportunity to meet and impact the lives of so many students from around the world in partnership with great colleagues 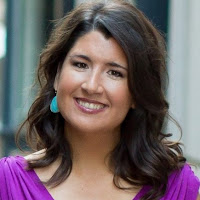 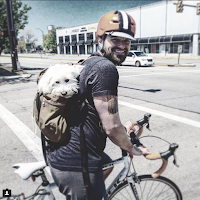 Jesse Corn, FT MBA 2008
Job Title: Head of Product & Partner Relations of AudioEngine at Findaway, neighbor/friend of blog post writer and her sister, and general fun-haver!
Favorite Holiday Tradition: Walking a very cold dog to the actual Christmas Story house
Gratitude for Weatherhead: All the connections - to University Circle, to Cleveland, to the wonderful professors and classmates 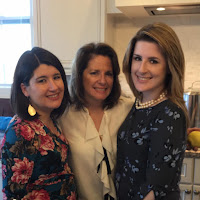 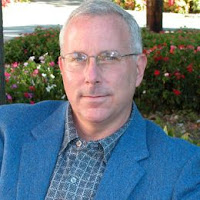 Lauren de Camara, FT MBA 2018
Favorite Holiday Tradition: Holiday tea at the Ritz with my mom and sister (see other de Camara above!)
Gratitude for Weatherhead: Grateful for our amazing cohort


Scott Fine, Professor of Banking & Finance
Favorite Holiday Tradition: Annual pre-Christmas dinner in Hudson with some Weatherhead alumni from over the years
Gratitude for Weatherhead: Really building and developing lifelong relationships with future leaders, whether here in Cleveland, NYC or anywhere else around the world (Cori note: for example my awesome sister, featured below, who has lived in the UK since 2009) 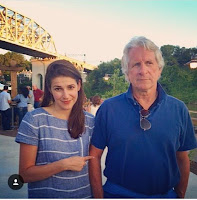 Kate Finefrock, MSM 2007
Job Title: Executive Associate at Blain Southern and sister of the blog writer :)
Favorite Holiday Tradition: The Cleveland Orchestra Christmas concert with my family, which is hopefully followed by a meal in Little Italy
Gratitude for Weatherhead: I am grateful for classmates who became (and remained) the nearest and dearest of friends (see above: Jesse Corn) 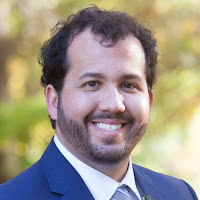 Michael Hussey, FT MBA 2016
Job Title: Lead Site Operations Specialist at Sherwin-Williams and husband to the sister-in-law of the blog writer's future sister-in-law (did you follow that?)
Favorite Holiday Tradition: Christmas Eve dinner at La Dolce Vita with my family
Gratitude for Weatherhead: I am most grateful for the amazing people I met while at Weatherhead, and the friendships we still have today. 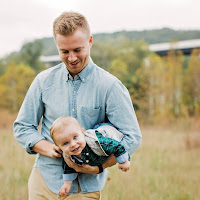 PJ Kijinski, PT MBA 2020
Job Title: Vice President of Operations at Pulsar Eco Products and dad to the blog writer's godson!
Favorite Holiday Tradition: My grandpa reading us The Night Before Christmas, and I'm looking forward to keeping that alive with my one-year-old and creating new traditions together with my own family
Gratitude for Weatherhead: I'm most grateful to Weatherhead for giving us a place to connect with peers and faculty who care about our development and advancing our careers 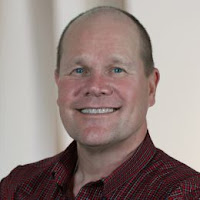 Bill Mahnic, Associate Professor of Banking & Finance
Favorite Holiday Tradition: Pulling out a statue of a small angel to display on our mantle every December 1st. It signals the start of the Christmas season for the Mahnic family
Gratitude for Weatherhead: Thankful for the opportunity I have to learn from my students every semester. I am amazed at how much I still have to learn! 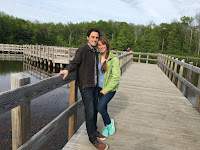 Ebrahim (Ebi) Salehramsari, FT MBA 2018
Favorite thing about the Holidays in Cleveland: One of the best things about Cleveland is its people, who are so friendly and hospitable. At first we thought we would be so alone during the holiday last year, however, we were invited by some families for Christmas day. Cleveland is also a really beautiful, green and peaceful city, even in winters. So we like to hike during the holidays and explore some surrounding forests and nature.

Gratitude for Weatherhead: Weatherhead has helped me make valuable connections with some businesses like GE, Cleveland Clinic, Hyland etc. Also, I like our courses in which the professor invites a guest speaker, AMES course for example. It's a friendly and welcoming environment! 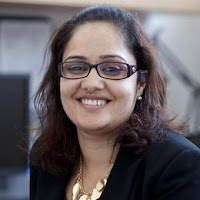 Favorite thing about the Holiday Season: While I am usually out of town during the break, when I am in town I love the festive atmosphere at Crocker Park near my house and driving through neighborhoods for the holiday lighting
Gratitude for Weatherhead: Trusting relationships and my team! 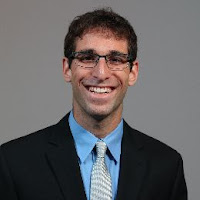 Alec Simon, FT MBA 2018
Favorite thing about the Holiday Season: Seeing the lights go up at Public Square and counting down to Cleveland Indians spring training
Gratitude for Weatherhead: I'm grateful for all of the relationships I've developed with my classmates and professors 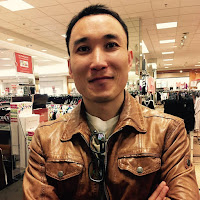 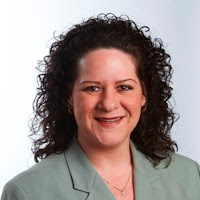 Jintao (Trevor) Zhao, FT MBA 2018
Most Excited for this Winter Break: Bringing my boyfriend to China for the first time to meet family and friends
Gratitude for Weatherhead: Our cohort - We have a really diverse, yet close cohort, and I cherish every friendship I made during my time at Weatherhead

Dana Zingale, Assistant Director of Data and Market Intelligence and PT MBA 2013
Favorite Holiday Tradition: Our family tradition is to have an “Italian” Christmas Eve consisting of all Italian foods. Then on Christmas Day its turkey, ham, mashed potatoes, stuffing, etc.
Gratitude for Weatherhead: I am grateful for the diversity in our community.  Interacting with many different people from all over the world makes you realize that despite any immediate/outward cultural differences…people are basically the same.


Thanks to everyone who participated in my little survey! I am particularly looking forward to spending time with family & friends during my break, making my uncle Paul's famous eggnog, continuing the job hunt and hopefully throwing a few well-placed snowballs :).

Happy holidays (and studying) to all!