Remembering those who served: The origins of Memorial Day and how you can celebrate

The following post is brought to you by the Weatherhead Marketing Office, wishing you a wonderful Memorial Day weekend! 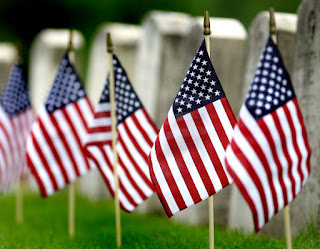 Memorial Day marks the official start of summer in Cleveland, but its meaning runs much deeper
than outdoor concerts and backyard barbecues.

Watch this short video and discover the origins of America's national holiday to remember those who have died while serving in the U.S. military.

A common tradition across Northeastern Ohio communities on Memorial Day weekend is the Memorial Day parade. Communities come together to remember the fallen, often leading to a solemn ceremony graveside in local cemeteries, where veterans or active duty military members offer a 21-gun salute. The 21-gun salute is considered the highest military honor.

Where are the parades and ceremonies in your neighborhood?

Aurora: Memorial Day Parade on May 30 at 10 a.m. at Veterans Memorial Park.

Avon Lake: Memorial Day ceremony at Veterans Memorial Park on May 30 at 10 a.m. with parade to follow.

Berea: Services at Adams Street Cemetery at 8 a.m. and Woodvale Cemetery at 9 a.m. Parade at 10:30 in downtown Berea.

Broadview Heights: Parade and ceremony on May 30 at 11 a.m. at the Crossings Shopping Center.

Brunswick: Memorial Day program and parade on May 30 at 10 a.m. at Vistintainer School.

Cleveland Heights: Memorial Day ceremony on May 30 at 10:30 a.m. at Cumberland Park.

Fairview Park: Memorial Day observance on May 30 at 8 a.m. in the city hall rotunda. Parade to begin at 9 .m from Corrigan Craciun Funeral Home.

Green: Memorial Day parade and ceremony on May 30 at 7 a.m. at the Green Higih School parking lot.

Hudson: Memorial Day Parade on May 30 at 8 a.m., starting at Milford Road and Veterans Way.

Jackson Township: Fifth Annual Field of Honor from May 27 to May 30 at the corner of Fulton Road and Wales Avenue.

Lake View Cemetery in Cleveland: Memorial Day celebration at the Garfield Memorial on May 30 at 10:30 a.m.

Mentor-on-the-Lake: Annual Memorial Day Parade at 1 p.m. on May 29.

North Ridgeville: Memorial Day Parade on May 30 at 9:45 a.m., beginning at the Marc’s parking lot.

Painesville: Parade and “Fallen Heroes” commemoration at 10 a.m. on May 30, starting at Riverside Cemetery.

Riverside Cemetery in Cleveland: Memorial Day service and dedication ceremony on May 30 at 9:30 a.m.

Shaker Heights: Memorial Day Parade on May 30 at 9:30 a.m. at corner of Lee Road and Van Aken Boulevard.

Strongsville: Traditional Memorial Day service at Freedom Trail Gazebo on May 30 at 11 a.m. Parade is canceled because of the Pearl Road resurfacing.

Suffield Township: Memorial Day Parade on May 30 at 2 p.m.

Tallmadge: American Legion Memorial Day Parade at May 30 at 10 a.m. at Circle Park.

Wickliffe: Memorial Day Parade on May 30 at 10 a.m., starting at the corner of Euclid Avenue and Worden Road.

Willoughby: Memorial Day Parade on May 30 at 9:30 a.m. in downtown Willoughby.

Festivals and Events
Wrapped around the solemnity of Memorial Day are many local festivals and events. Check out these opportunities to get out and enjoy the city!

Berea’s National Rib Cook-Off: May 27 to 30 at the Cuyahoga County Fairgrounds.

Blossom Time: May 26 to May 30 in downtown Chagrin Falls.

Cedar Point Armed Forces Memorial Day Weekend: May 27 to May 30. Past and present service members with valid ID get one free adult admission ticket.

Cleveland Metroparks Zoo KidsDays: May 28 to May 29 from 10 a.m. to 7 p.m. Special demonstrations with lions, elephants and sea lions, as well as an interactive gaming zone.

Tremont Greek Fest: May 27 to 30 at Annunciation Greek Orthodox Church.
No comments:

Internship search: A job in itself 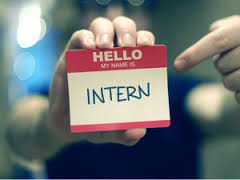 Finals are over.  Late night studying and projects/papers are behind you. You have had a few weeks to relax and catch up with friends and family. Then, enter complete panic mode when you realize you are still looking for a summer internship and some of your classmates have already started one! Relax. There is still time to find an internship, however the search must be taken seriously.

Map out a routine. For instance, every morning spend one to two hours emailing potential contacts on LinkedIn. Ask an alum that you met at an event this past year if they have time to grab coffee or lunch - your treat.  Another option is to reconnect with your undergraduate classmates and contacts. Networking is key to learning about potential jobs and maximizing your network.

Create a “Targeted Company List.” Determine which companies interest you most by industry. Find contacts at those companies and reach out requesting an informational conversation. Begin researching the company culture. This targeted company list will be your internship search blueprint and it will assist you in your job search in the fall.

Check CareerLink, LinkedIn, and other job posting sites for an hour. Set a goal. Determine how many internships to apply to each day such as five postings a day. Remember tailoring your resume and cover letter to each role is key. Be flexible. If you are having trouble finding something in a particular city then look in surrounding cities or a different state. It will be worth it to relocate for just two or three months to gain industry experience.

Explore the CMO resources on the Intranet including campus resources, job portals, industry resources and salary information.
As always, if you have any questions regarding any of our resources, please come in and meet with Meghan Radford or contact her at mcs146@case.edu or 216.368.8638. Also, if you would like to meet with another advisor to discuss job/internship strategy - please call 216.368.3662 or email wsom-cmo@case.edu to schedule an appointment.

Class of 2016: Congratulations! You made it! We look forward to celebrating your achievements this commencement weekend. We have a full day of events planned for you and your family, including our Annual Family Appreciation Lunch. Check out the day's full schedule of events here & be sure to share your photos & videos using #WSOMgrad. You can also follow us on Twitter (@caseweatherhead), Instagram (@caseweatherhead) or Snapchat (caseweatherhead).

Finally, we have one more assignment for the graduating class: Before you step inside your graduation regalia on commencement day, take two minutes to watch our video on how to wear a cap and gown:

Cleveland in the Summer

The following blog post is brought to you by Weatherhead's Office of Student Experience, which is here to assist students with finding opportunities for experiences outside of the classroom that will complement the holistic learning environment of Weatherhead. Learn more.

There are so many things to do in Cleveland in the summer! We know that you will likely be busy with work and internships, but a recharge is necessary for everyone.

For those living around campus this summer, Coventry Village offers plenty of activities sure to give you great memories of Cleveland. Kicking off the summer, on May 30, a bike tune up with trained bicycle mechanics on hand to provide free tune ups and minor repairs, will be held on the corner of Euclid Heights Blvd and Coventry. Engaging the free spirit of Coventry is easy with Friday night cult classics played outside in Coventry P.E.A.C.E. park. I recommend checking out the Prince classic Purple Rain on Friday, June 12. Click Here for a full list of great activities, including pie fights and drum circles.

Needing some beach time? Check out Thursday night happy hours at Edgewater Park starting Thursday, June 11. Averaging a few thousand people every week, this is surely a great place to meet some new people in your area or just have a great time with your crew.

Saturday June 13 marks the 26th Parade the Circle event! This is a parade of hand crafted floats, stilt walkers, and local performers of all ages. A classic Cleveland event that gives you amazing photo-ops to send home! My favorite are the giant papiermache puppets and the elaborate wheelchair costumes made for the residents of local assisted living facilities.

Fairly new to the scene, but quickly becoming a beloved tradition, Cleveland World Festival will move up its date this year beginning at 11 a.m. on Sunday, August 3. This event celebrates the many cultures represented in the Cleveland Cultural Gardens along Martin Luther King Blvd. Check out some photos from last year! 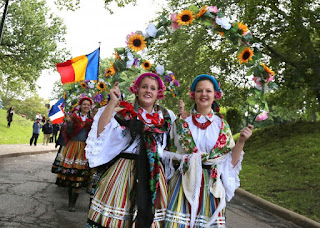 And don’t forget, Cleveland is a gorgeous forest city when all the plants are in bloom. Get in touch with nature, and yourself, by visiting any of our Metroparks. There are plenty of new sports and activities to try out on your own or with some friends. Imagine a fun date learning to paddle board! Check out a great directory of sporting activities for your summer!

On behalf of the Office of Student Experience, we have had a wonderful time getting to know the students. We hope you have a fantastic summer, with lots of stories to tell.
No comments: