Believing in the Power of Business For Good

Heather Frutig is a second-year student in the MBA program and a Fowler Center Fellow. 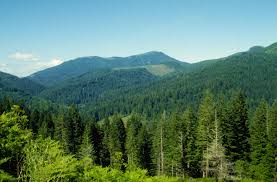 I’m not the most obviously business-type person. In fact, on more than one occasion while studying at CWRU, I’ve been told I look and seem more like a student at Mandel than Weatherhead. But, here I am, a couple weeks and too many assignments away from getting my MBA degree.

I grew up weary of business. I was convinced that policy changes were the most effective way to benefit society. I guess that’s not so surprising coming from the product of two lawyers. It was a bit of a twisted road to realize that, in the right hands, business has the power to create positive change. I can remember the moment that realization began to take hold in my mind.

I studied Environmental Policy and Behavior at the University of Michigan and in an attempt to spend some time in, what I perceived to be, wilder terrain, I spent a semester in Condon, MT, with Northwest Connections through the University of Montana. Condon is in the Montana Rockies, halfway between Missoula and Kalispell in the Swan Valley.

The Community Forestry class took a fieldtrip to two timber mills. The first was a heavily mechanized facility for Plum Creek that could turn entire trunks of old growth timber on massive lathes into telephone poles. Men (not a women in sight) spent their working days and nights pushing a button to start and stop the machinery in their section of the cavernous warehouse. It was a spectacle of efficiency and automation. I was both impressed by human ingenuity to make order out of chaos and also broken-hearted by the lack of humanity.

The second mill could not have been more different. RBM, which stands for Roy Ben Mom, is a timber mill started by two sons, Roy and Ben, and their mom. They take downed, diseased and infected logs and turned them into boards, trim and sawdust. The difference between the Plum Creek and RBM facilities was stark. Where Plum Creek was inside a warehouse with no windows, RBM was outside. Where Plum Creek was run by union workers pushing buttons, RBM had an employee profit sharing model and trained individuals to view each log as unique. Where Plum Creek is notorious for clear cutting entire tracks of land, RBM was using timber that was viewed as defective and unwanted. And, simply to sweeten the pot, RBM had a couple dogs running around.

I got so excited. Here was my unicorn. Here was a company that cared about its employees, customers and the environment! And, while the shift to believing in the power of business for good didn’t happen immediately, the visit to RBM set in motion a trip down a road that led me, 12 years later, to Weatherhead and the Fowler Center.