Design in Management: Thoughts and Reflections 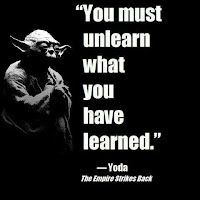 Eeshan Srivastava is a candidate in the full-time MBA program.

There is a famous Chinese saying, “You must empty your cup so that it may be filled again.” This was with reference to a story about a brilliant student who was not able to understand his master because he had so much experience and opinions. Whatever the master tried to explain always struck against his notions of the way the world is and how it should be. It was then that the master said the above saying using the “tea cup” metaphor, where he kept pouring tea into a cup that was already full and whatever he poured in kept flowing out.

The above saying has been re-quoted time and time again in popular culture from Yoda to Bruce Lee, but if you think the essence of that thought is limited to Taoist stories or martial arts movies, then you’re wrong. If you’re taking the Design in Management (MIDS 420 A/B) course at Weatherhead, then you know exactly what I mean. I have been a student of this course since last semester and it has been one of the most unconventional b-school experiences for me so far. The class by Professor of Design & Innovation Richard Buchanan, PhD, and Michael Goldberg, assistant professor of Design & Innovation, is like a deep exploration into unknown waters. As I see it, it is a course on the philosophy of management from the perspective of the design discipline. Of course Richard Buchanan would be able to explain the true purpose of the course in much more detail.

We have looked at seemingly simple objects and places like maps, books, chairs, classrooms and so on. But we have looked at it from an entirely different perspective. Questions like, “What do you see in a map?” or “What do you see in this chair?” are not meant to ascertain just the visual aspects of those objects but rather the form, function and purpose of those objects from a humanistic and cultural point of view. It has been hard for students to dive so deep into such things. It has been exceptionally hard for me as well. But in this course we have also had the opportunity to work with real companies and real problems. We have had the opportunities to understand the vision and mission of these companies and also specific problems they are trying to solve.

The knowledge we obtain from this course is not a hard skill that can be used on the job in isolation, but rather a way of thinking that can be applied in any field to discover, define and solve problems.
No comments:

You’ve (hopefully) been to a few career fairs by this point in the year, but what other venues could help in your job search? A conference geared toward your interest is another great place to start networking & learning. The Third Annual Graduate Student Professional Development Conference will be held on campus at Thwing and Tinkham Veale University Center this upcoming Saturday, February 27, from 9 a.m. - 5:30 p.m. and it is FREE. This is your chance to network with your peers and learn some great tips from current industry leaders such as Zach Marks, co-founder and COO at Oystir. Google Oystir….you’ll be impressed!

Midterms are approaching and you may be sick of following up on all those jobs you’ve applied for but this conference may help you re-energize and focus. A conference lets you sit and listen, and socialize when you feel prompted. There is nothing to prepare. The organizers have prepared and then you get to choose what topics are most important to you. This conference lets you attend up to four sessions on a variety of topics, including:

So don’t waste your Saturday sitting at home mindlessly binge watching Netflix while occasionally skimming your notes or preparing a paper for class, or skimming CareerLink for a new job to apply for, instead get up and go to this FREE conference that is at your doorstep--on campus! Listen, question, talk and learn a new path to finding that career you deserve to love. You won't regret it. REGISTER HERE

Heather Frutig is a candidate in the full-time MBA program. 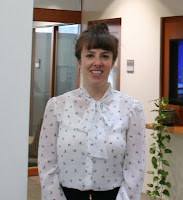 This semester, I’ve had the good fortune to work on an applied financial strategy independent study for the Cleveland Museum of Art with my friend and classmate, Dylan Beach. I was going to use this blog post to dig a bit deeper into my independent study experiences at Weatherhead since I’ve had a few, and maybe I will in my next post. However, something seemingly small but actually meaningful happened recently that reminded me of the unique opportunities that are available at a small school like Weatherhead that have accessible and engaged faculty.

Dylan and I were working together in a windowless study room in PBL when I got a call from our faculty advisor on the independent study project, Professor of Banking and Finance Scott Fine. What ensued was a boisterous 30-minute catch-up about the project, my ex-boyfriends, job hunting, the luck of getting a job, the art of networking and how important it is to cultivate relationships with faculty. The call jumped from pertinent to irreverent, to anecdotal and then settled on thought-provoking before I had to cut the conversation short and head to another meeting. There was a lot of laughing. We could have kept talking for a while. The conversation was not between Dylan and me and our lofty professor. We were talking to our more experienced, wise old friend. We could have simply told Scott about our progress on analyzing financial statements and moved on. It could have been a 10-minute call. (Well, if you know Scott, you know it might not have been that easy.) But we had the time and we used it to build a deeper and more meaningful relationship with a cool old dude. (I’m very much joking about the "old" part!)

My classmates can attest that I’m not a talker in class. If our only interactions with professors were in the classroom or at office hours, I would be at a real disadvantage for building friendships and networks with them. Luckily for me, there are many opportunities outside of the classroom to build those relationships. There are the independent studies like the one Dylan and I are working on with Scott Fine. And there are other avenues such as extracurricular clubs. Take, for example, my work with Assistant Professor of Design & Innovation Michael Goldberg, the faculty advisor for IDEA (Innovation, Design and Entrepreneurship Association). In my role as co-president of IDEA, I’ve been working with Michael since the end of spring semester last year. I’m currently in my first class of his. He can joke that I don’t talk in his class because we’ve already built up a rapport over the last year.


My classmates have similar stories with other professors because that is the type of environment that a small school fosters. In my opinion, that reality is a very real competitive advantage for Weatherhead. Small schools like Weatherhead have the same amount of resources as much larger schools but fewer students to fill the leadership roles. Therefore, the opportunities to shine are much greater and the opportunities to rise to the top and be recognized are more plentiful.
No comments:

Promoting Inclusiveness: A look at LGBT progress at Weatherhead

The following blog post is brought to you by Weatherhead's Office of Student Experience, which is here to assist students with finding opportunities for experiences outside of the classroom that will complement the holistic learning environment of Weatherhead. Learn more.

This year has been an exciting one for lesbian, gay, bisexual, transgender (LGBT) progress at Weatherhead School of Management. As some of you may know, Case Western Reserve University has a long history of pro-active outreach and support for the LGBT community within our university and beyond. Starting in 1987, Case Western Reserve recognized the Lesbian and Gay Student Union. Contentious at the time, brave students, staff and faculty worked hard to overcome prejudice and discrimination. Quickly following the formation of this student group, the university formed a Prejudice Panel to examine the treatment of  and “prejudice toward students who are black, foreign, or homosexual on our campus.” In 1988, The Executive Committee of the Board of Trustees approved the addition of the term "sexual orientation" into the university's nondiscrimination clause. This was a major step forward and extremely progressive at the time; however, it is common knowledge that culture can take time to catch up with policy changes.

Case Western Reserve continued to make strides toward equality, inclusiveness and justice in the following decades. Still facing a good deal of homophobia and vitriolic stances, community members organized pink triangle chalkings around the campus to raise awareness and support of what was commonly known as Lesbian and Gay Pride or Queer Pride. Voices were raised from all sides of the debate. A cataloged archive of letters to the editor can be found here. Despite sometimes fiery resistance, change continued. The Observer ran articles about a lesbian faculty member’s wedding, the university funded and opened the LGBT center for Lesbian, Gay, Bisexual, Transgender and other students of minority sexual orientation or gender expression, and Case Western Reserve began receiving awards for its many efforts. In 2006, The Advocate College Guide for LGBT Students included Case Western Reserve as one of the guide's 100 best campuses for LGBT students. In 2009, The Human Rights Campaign (HRC) honored Case Western Reserve University President Barbara R. Snyder and Deputy Provost Lynn Singer with its Equality Award. The university continues to maintain a high rating on the Campus Pride Index, a full report of which can be read here.

Weatherhead has joined in the continuous effort to promote inclusiveness. We recently designated two single stall, locking restrooms as “all-gender restrooms.” These restrooms can be found on the floor of the Peter B. Lewis building, demarcated by new placards that make it clear each restroom is both handicap accessible and may be used by any person in our community, regardless of gender or gender expression. These restroom designations are part of a greater effort at the university to create resources for the Transgender community. Restrooms have historically been a difficult topic for those in transition or with non-conforming gender expression. By designating rooms as “all-gender” we hope to eliminate a sense that a student, staff or faculty may not “belong” there.

In addition to these facility changes, The Office of Student Experience also sponsored a panel of business professionals from the LGBT community, including faculty and alumni, to discuss career building and other issues facing students entering the workforce. Weatherhead will also be hosting a Safe Zone training Februrary 12 from 1-4 p.m. Each program may seem small on its own, but as they come together and add up, Weatherhead hopes to achieve more visibility on our campus community.

If you or someone you know is interested in helping to develop further programming at Weatherhead, contact Alexis Hayman, director of student experience, at alh18@case.edu for more information. Similarly, those interested in campus-wide programming should certainly reach out to the LGBT center at Case Western Reserve University at LGBT@case.edu.
No comments: