Jaclyn Agui is a candidate in the full-time MBA program at the Weatherhead School of Management. 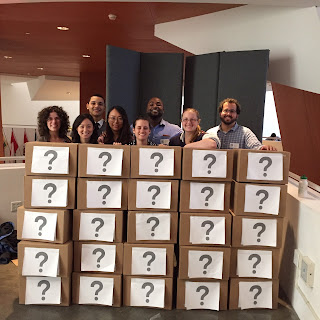 In the fall 2015 semester, Weatherhead’s e-marketing course participated in the P2P: Challenging Extremism initiative conducted by EdVenture Partners and the Bureau of Educational and Cultural Affairs at the U.S. Department of State and its inter-agency partners. Our objective was to form a campaign that would counter current messaging, narratives and digital technologies being used by violent extremists in order to educate and empower others to take action.

We saw that the events of 9/11 and the continuous political strife in the Middle East have caused misconceptions in our society about the Muslim culture and religion, and to combat this we formed the Let’s Talk Islam campaign. Our goal was to facilitate dialogue and share stories of individual Muslim Americans. We strongly believe that through these actions we will spread knowledge about Muslim values, and positive contributions in the Muslim American community, ultimately educating Americans and calming fears.

We reached out to Muslims in the Cleveland area, and received a lot of support specifically from Muslims in the Case Western Reserve University community. We featured the participants through videos and blog articles in our media campaign, which included a Let’s Talk Islam website, Facebook page and Twitter page. Our media platforms allowed for a wider public audience to discuss and commence a digital dialogue. The online campaign prepared us for our “Break down the Walls of Prejudice” Event hosted at Weatherhead on December 2, 2015. The event focused around a symbolic wall of prejudices, represented by boxes with questions and answers about common Muslim misconceptions. Attendees read questions out loud, and once answered correctly, could knock down their box and symbolically rid themselves of the prejudice. There was also the opportunity to try Middle Eastern food and discuss face-to-face with our team about the overall campaign.

This experience was very fun and extremely rewarding. I too learned many new things about the Muslim culture and religion. Positive testimonials and discussions with other students demonstrated that our class made an impact on the Case Western Reserve community, and we have prospects for the campaign to continue and engage fellow students through the sharing of stories and education.