Kate Banahan is the associate director of career and employer development at Weatherhead's Career Management Office. Follow them on Twitter at @weatherheadcmo. 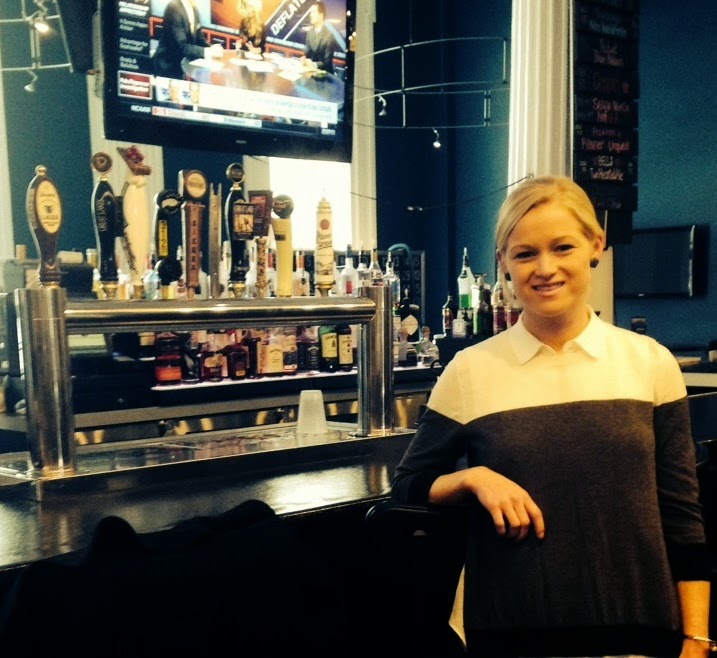 Remember the time you arrived at The Jolly Scholar after a long day just after the happy hour time ended?

This is how employers feel when candidates do not come prepared with questions to ask at the end of an interview. “It’s absolutely a decision maker,” says Julie Fratus (MBA ’07), manager of talent acquisition at Dakota Software, “If you’re really excited about something, you’re going to have questions.”

The question period at the end of an interview is a pivotal time to showcase your knowledge of the company and demonstrate you are prepared for the opportunity. Here are a few tips on making sure you are prepared with some thoughtful questions for the interviewer:

1. Ask a question highlighting the research you did on the company. (Go beyond the information on the homepage.) Don’t have time to perform in-depth analysis on the company? You can check out in-depth company profiles using the databases available through the Kelvin Smith Library in a matter of minutes. Hoovers and S&P Database are a couple of our favorite resources.

2. Be aware of what’s happening in the industry. Are you targeting jobs in the area of digital marketing? Subscribe to the Digital Marketing LinkedIn group and receive relevant news articles on what’s happening in the industry. Google Alerts is another great resource where you can target certain keywords (people, industry terms, etc.) and receive news on a daily or weekly basis.

3. Oh, me? Remember everyone loves to talk about themselves. Ask the interviewer about what they like best about working there, their biggest challenges, or how they find the culture. Look them up on LinkedIn beforehand and (tactfully) ask questions about the different roles they have held at the organization.

A few categories to avoid (or tread lightly on*) include:

Another advantage I’ve witnessed during my time in the Career Management Office is a candidate’s ability to not only follow up, but to do so within 24 hours. As relieved as you may feel at the end of an interview, come back to your senses, sit down in a quiet place, and write a thank you email. You can always come see the CMO office if you have any questions as you prepare for interviews.

PS - Add a little humor to your day and check out what you really sound like in job interviews.
1 comment:

Headsup: This Week at Weatherhead

Join us for Weatherhead's biggest and best event of the year! Students, faculty, staff and alumni gather to play games for charity, bid on some great faculty auction items, or just dance the night away from the sounds of DJ Josh Booth.
D: Saturday, Feb. 21
T: 8 p.m.
L: Marriott at Key Center

Guide to LinkedIn
Come join us as we provide an overview of LinkedIn as a critical part of your networking strategy.
D: Thursday, Feb. 12
T: 3 to 4 p.m.
L: PBL 118
Learn more

J. Michael Tasse is a first-year global MBA student from Detroit. He blogs regularly about his experiences in the global MBA program on his site, Motor City Flow.

You took the GMAT, got the interview, put on your business formal wear and divulged your passions to your respective Tongji, Case Western, or XLRI entrance committee member (Watch this video from your future XLRI brothers and sisters). Then you received that beautiful packet with, inside it, a global MBA acceptance letter. You prepared to invest in an MBA, maybe did some reading about Indian, Chinese or American business, applied for your Chinese visa, and are now headed to China to start your first semester with Global MBA at Tongji University. You’ve hit the jackpot. You really have. An MBA experience in China, India and the United States truly has few contemporaries.

But then you arrive in Shanghai in September. What do you really do when you get there? What can you become from this experience that really differentiates you from other MBAs?

You might not even speak Mandarin, and even if you do, people speak a lot of Shanghaihùa/Shanghainese in the markets of Shanghai and you’re pegged as a waìguorén/foreigner whether or not you are fluent in Mandarin. Though, Mandarin capabilities will instantly increase your opportunities. You think you have a clue about how China and its government works, maybe you've read a book or two or twenty on Guanxi.

And then you arrive. And then I arrived.

I was connecting quickly with friends in class by sharing meals with them two, three, four times a day. Coffee before school, asking, Where are you from? What brought you to the program? How do you say this in Mandarin? Outside of class, I was associating with other Americans and French and Germans from my Mandarin class and the Tongji Guest House where we stay. I thought I was making Chinese friends. Many of them. Everywhere. I thought,

“Making business relationships here will be nothing more than some hard work and few more coffee dates."

But I soon realized I was teaching a lot of English to my new friends. And while they showed me absolutely amazing places in Shanghai I never would have seen otherwise, fed me meal after meal of new foods, helped me buy a suit jacket at a great price, taught me a lot of Chinese, got me teaching drum lessons to 8, 9 and 10 year olds on Sundays, and helped me set up my cell phone, there was something missing from our relationship, even after two months.

I realized a lot of things. I didn't have much guanxi with people. The party politics were more complicated than I thought. Shanghai literally has 24+ million people, and I didn't realize what that meant as the city is really a region, and the region goes on until it touches the next region. I realized that while Shanghai is China: it’s quite a different vibe than the city of four million people to the south, Nanjing, and it is quite different than the cities that surround it.

So I connected with the American Chamber and got a few mentors: Mac Sullivan, Amitesh Singh and Gary Huang.

They taught me that before I considered my takeaways, I needed to realize that I can't even really call China, "China," when talking about moving into a Chinese market. Mac, Amitesh and Gary taught me to think of regions or cities, not the country as a whole, when doing business. Unless of course you need to deal with politics at the national level, at which point you should get a lawyer.

They all independently told me, "Michael, you're here to meet BRIDGERS this time; not exactly the actual business people, suppliers and sources of China. You're here to learn how people interact with each other and link up with those that can bridge your foreigner experience with that of the local."

While you can't meet people and make business happen in the way you might like to think you easily could abroad, focusing on the BRIDGERS is a great way to really develop a network. If you are serious about coming back or even working with Chinese companies or people in your home country, you will be connecting with bridgers. They help you not get taken advantage of, improve your Chinese language and cultural understanding, introduce you to other Chinese, and vouch for you.

Help them out. Mac was moving some stuff out of his house; I asked if he needed a hand. Gary had a business he wanted to move to India; I asked if I could help him connect with some of my peers, like Neelesh and Amber. Amitesh needed no help from me, but he did want to take me on as a student of world culture, and I was, and am still, ready and willing to listen.

So I arrived to China green, and it began to click immediately that I was, indeed, green. I thought I understood. I thought I would just make a few tweaks to my body language, pick up the language, learn the local dance. I've spent years abroad, from Argentina to Canada. I've asado in Uruguay and danced samba in Brazil. I can play my own renditions of Jose Alfredo Jimenez and Alanis Morissette on the guitar. I thought I could logically derive meaning from books and conversations with Chinese friends beforehand. But I found myself lost. A lot.

But that is the beauty of the program. It helped me understand, "What can I really do with this experience?"

I built relationships with bridgers, and I will become a bridger where possible as I learn.

You will soon be having an amazing time, learning about businesses and culture, meeting new friends in your program, eating great food, going to Propaganda Club, traveling when you have the opportunity, working on group projects, growing, fighting, learning, maybe even enjoying the romance of Shanghai.

Take your time, but find the people who've already struggled, learn from them, and see where you can help them out. They'll not only repay the favor in experience, but you might find yourself with a new life-long relationship.

For more information about the global MBA program, visit the Weatherhead website.
No comments:

Gagan Tongiya is a first-year student in the full-time MBA program at Weatherhead.

You are in a completely new city. You are in a place where you barely know anyone and you have to find your way through meeting people. One thing that is most important for you is networking. This is the story of Business School. Oftentimes people don’t even know where to start. Now imagine if you are paired to meet someone who has been in our shoes, who has made a successful career and who can sit down with you and mentor you.

Coffee Connections is another highly praised initiative of Career Management Office at Weatherhead, which puts every student in touch with an alumnus who has a similar background. You are given the contact details of an alum to contact him/her and set up a date for a coffee meeting. The relationship you make with the alum doesn't finish at the coffee meeting; it is meant to continue to guide you throughout your journey at graduate school and beyond.

Weatherhead has very successful alumni and they feel proud to be a part of such a wonderful school. The idea is to provide each student with a mentor who can answer the questions the student has and guide the student in his or her choice of career. Weatherhead's alumni network extends all across the globe, and alumni try to help students beyond geographic or any other limitations.


This is a very good opportunity for students to learn from the experiences of the alum. Alum also help students grow their network, which can help students in their job searches.

Visit Networking at Weatherhead or stop by the Career Management Office for more information.
1 comment: